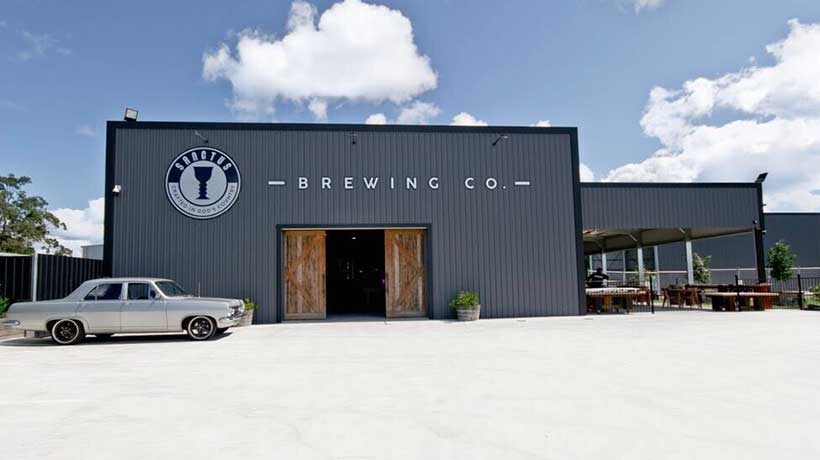 A lifelong passion for handcrafted goodness and some intense research and development proved to be the spark that delivered Sanctus Brewing Company to the Clarence Valley last year.

The R&D, also known as drinking beer or ‘tasting’ as the purists like to say, has paid off for the owners, with locals and visitors alike all flocking to what has fast become the pride of the Clarence.

The core beer range consists of six carefully brewed delights that are the perfect accompaniment to that famous north coast lifestyle, one that is chilled and smooth by design. There are also seasonal and limited release beers on tap at the brewhouse.

The early success was quickly interrupted by the local bushfire tragedy, with a thick layer of smoke covering the area for over a month. A fundraiser was planned for late March for bushfire victims, complete with a specially brewed beer and then COVID hit…

Then business as we all know it changed forever. From staff cuts, to not being able to open the doors, it was time to put the thinking cap on by offering takeaway meals and beer out of the Sanctus festival van.

Although their beers can be enjoyed from the comfort of your own home, Sanctus Brewing Co’s biggest draw is being able to experience the beer where it is brewed, in their industrial chic inspired tap rooms. Nothing beats the experience of meeting the people that brew the beer you are there to savor.

The key to their success is the local support, the crew at Sanctus call them ‘local legends’, the core group that have been there since day one. The ones have always been so quick to support all that Sanctus have to offer no matter what present day obstacles the crew are faced with, they are simply always there.

To return this support, the Sanctus team have sponsorships with several local sporting teams, as well as recently supporting the Westpac Rescue Helicopter.

However, the team are most proud of sourcing their kitchen and beer ingredients from as many local suppliers as possible, as it is their way of showcasing the best the mighty Clarence has to offer. It is the place they like to call God’s Country after all!

Despite the challenges and adversity, the Sanctus team are committed to the journey. They believe it builds character and they have used the recent challenges as an opportunity for some renovations to the kitchen and extending the brewery to accommodate a new distillery and to support their ever-expanding beer distribution center. So, you could soon be sitting back at your place drinking the best beer the north Coast has to offer, while planning your next holiday so you can visit this hidden North Coast gem.