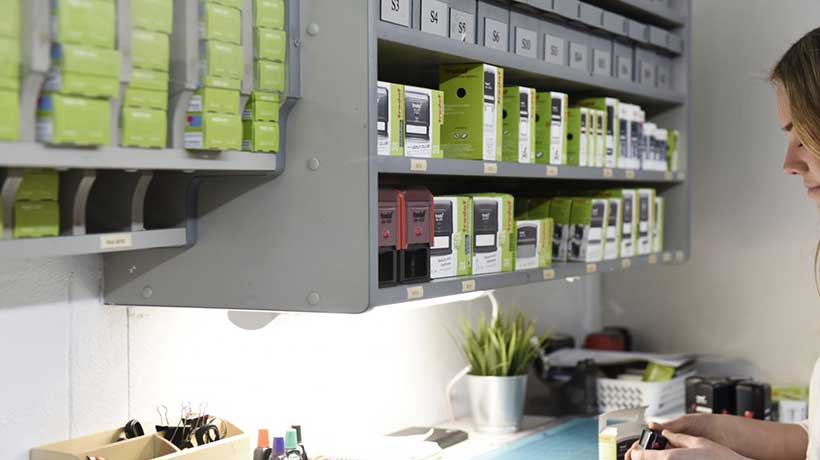 Launching in 1969, Canberra Rubber Stamps & Signs (CRSS) is a family-run business that has been running for the last 51 years. The store was founded by Ross Miles.

The business started as a humble rubber stamp shop, CRSS expanded into other things like signage, name badges & Engraving.

CRSS is a family-run business, now run by Ross Miles’s Daughter and Son in law, Michael and Leasa Vaughan, whose children are actively involved in running the store. Brent has worked there for the last 13 years, as a signwriter; with Brittney joining five years ago to work as a typesetter and office manager.

Given just how long CRSS has been around, it’s no surprise the business takes an active interest in supporting their local community, including donating all the local Ronald McDonald House’s signs and name badges.

CRSS has a local workshop where their products come to life. Everything is produced locally, at their workshop in Fyshwick.

The team that produces their stamps and badges have stayed actively involved in the business over quite some time – their longest running team member has been around for the last 30 years!

Their little shop dog, Rufus is the store’s best-running team member – who may or may not have been named employee of the month consecutively for many months.