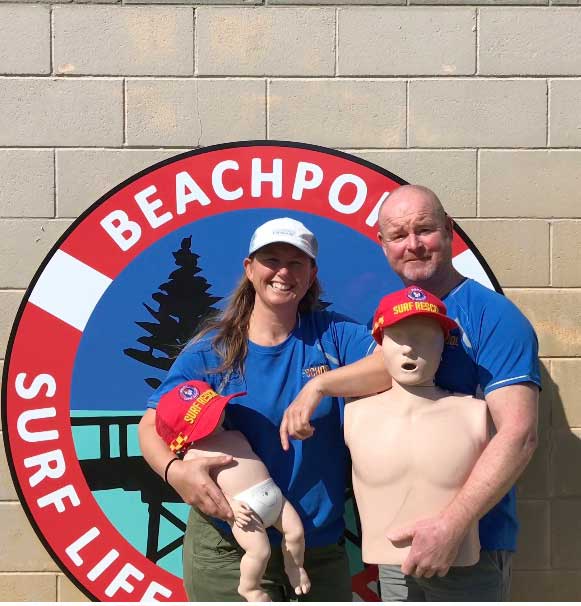 Meet Lola and Jamie, the owner/operators of Stillwater Paddleboards in Beachport, South Australia. When the duo started the business back in 2015, they originally planned to sell paddleboards locally in central Victoria. After coming to the realisation that sales was not for them, they were approached by Surfing Victoria to run a series of programs as part of the “This Girl Can” initiative, and the standup paddleboard school was born.

Lola and Jamie loved these programs and ran lessons and tours all throughout Victoria’s beautiful lakes, rivers, reservoirs and wetlands. They quickly realised that selling the sport was much more rewarding than selling the boards themselves.

When Jamie pined for his roots near the ocean, they settled on the untouched gem of Beachport in South Australia and relocated at the end of 2019. Thankfully, their local council, Wattle Range, helped them move their business, but as with any small business, the first few years were tough, made much worse with the onset of the pandemic. Stillwater Paddleboards was forced to close almost immediately, and all their bookings which tided them through to the Easter period were cancelled as tourism fell.

When they were able to open again, they had to reduce class size, and as they rely on tourism — one of the hardest hit sectors — business was tough.

But Lola and Jamie had the foresight to think of a plan b, and when the pandemic hit they decided to make the most of the opportunity and embarked on their long time goal of teaching water safety and first aid in the off-season. They partnered with ABC First Aid, and they now run first aid courses for local communities along the Limestone Coast.

Stillwater Paddleboards is thrilled to have recently sponsored their Local Surf Lifesaving club, and they now offer First Aid and CPR courses at reduced rates for its members. Lola says one positive out of a bad situation is that with the border closed, local schools and organisations are choosing to go local when looking for camps and excursions, meaning that the region’s locals are discovering their own backyard more than ever.