Guy and Terry, Owners, All Aerobics 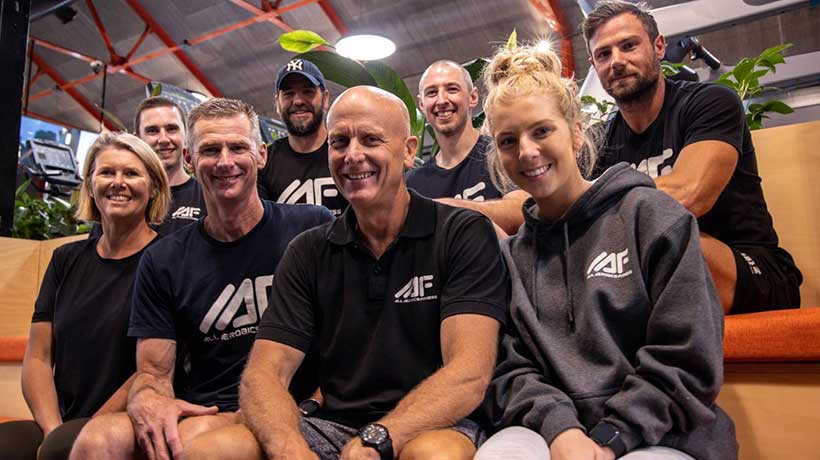 Meet Guy and Terry, the owners of All Aerobics in Hobart. Guy explains that the gym’s name came from their beginnings running aerobic classes in community halls around Hobart. 30 years later, Guy and Terry have grown the business and they now boast a gym in Central Hobart that provides spin classes, circuit training and Pilates, among other programs.

Gyms have been one of the small businesses hit hardest throughout the pandemic, and this was no different for All Aerobics. Although forced to close the gym when COVID first hit, they immediately transitioned to online classes, and government support allowed them to keep on their staff. The team provided online classes free of charge, as Guy strongly believes that it is important for their members who were doing it tough to stay healthy and keep exercising, especially during lockdown.

Online classes were a hit with their customers, and the staff loved being able to keep engaging with their members. Once the restrictions relaxed a little, Guy and Terry ran spin classes and boot camps in their carpark and introduced a mobile booking system which has boosted their attendance rate higher than ever before.

Guy and Terry are always looking to cater to their members’ needs, and when a nearby studio was forced to close its doors, they introduced Pilates classes for their long-time members who couldn’t practice anymore.

Throughout all this, Guy says his members have been fantastic and he couldn’t be more appreciative. Over thirty per cent kept their memberships running to tide them over through this period, and they are more determined than ever now they can return to classes.

Over the years Guy and Terry have been big supporters and contributors to local community events such as the iconic Point to Pinnacle, City to Casino Fun Run, Freycinet Winter Challenge, Schools Triathlon Challenge, to name a few. All Aerobics even ran their own popular Triathlon over a 12 year period from the late 90s. Even though many of these events have been postponed this year, the boys are keen to see things ramping back up and returning to normality in the near future.